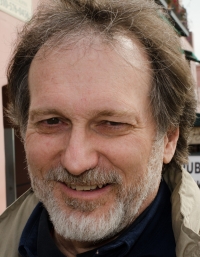 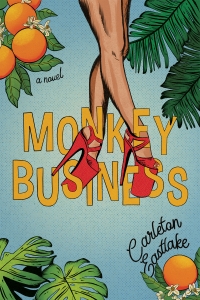 For a look at some of my work as a film and television writer-producer, enter “Carleton Eastlake” in Wikipedia and IMDB. Quite a few of my shows, including some not reported in IMDB, are also available on Netflex, Hulu, Amazon Prime, and DVD.

A Few of My Favorite Shows...

Particularly since my novel Monkey Business is about a TV writer on location, people sometimes ask which were my favorite shows to write. I mentioned several on the My Story page. This gives more background for some of them and adds a few others:

Murder, She Wrote - “Jessica Behind Bars”

This became my second produced episode. Since Angela Lansbury was one of the very few sole female leads in that era, the thought came to me, why not do an all-woman episode? So I pitched the idea that while teaching creative writing in a women’s prison, Jessica is taken hostage by prisoners demanding she prove the innocence of an inmate accused of murder.

At one point I had Jessica negotiate with the Governor to call off an assault by the state police. It was 1985, and the network made me change it to a call with the Lieutenant Governor. When I asked why, they explained no one would believe the Governor could be a woman.

A couple of years ago I had the pleasure of telling the story to Jeanne Shaheen, the first female governor of New Hampshire, the neighboring state where Jessica might have been teaching, She was elected in 1996. Maine, Jessica’s home state, didn’t elect Janet Mills until 2019.

For the start of the second season, the network wanted to tell the Equalizer’s origin story to explain why an ex-CIA agent was so very rich and yet so grimly risking his life to protect the innocent who had nowhere else to turn.

Since this was 1986 and the murderous, American-backed Augusto Pinochet was in power, I had a Chilean death squad come to New York to kidnap an American journalist. While rescuing the journalist, the Equalizer had to confess to his dismayed son that he  was atoning for having put Pinochet into power.

I couldn’t quite get away with naming the nation in the script the network approved - but If you look closely, you’ll see that we filmed the last senes at an abandoned warehouse with the name of a Chilean shipping company painted in giant letters on its wall.

Although my novel realistically reflects the utter madness that one way or another takes place behind the camera on many, many TV series, it isn’t journalistic or truly autobiographical (although, oddly, the story of a broken tooth comes close as does the character’s idea for a synesthetic crime-fighter; it’s a show I developed for a production company at Sony.)

All the same, since the book is set in Florida and seaQuest was filmed in Orlando, although more peaceably than the fictional series in the book, I ought to mention my favorite seaQuest episode.

Various conservatives at the time - it was1995 - were publicly arguing that racial discrimination was so much a phenomenon of the deep past that it really shouldn’t still be a matter of public concern.

To examine that argument, I thought it would be interesting to suck our submarine just 33 years back in time through a wormhole opened by a nuclear explosion during the Cuban Missile Crisis. The mission of course was to restore the timeline we live in where a nuclear war didn’t occur.

Although I had a few nuclear submarine attacks, and a heroic dolphin attack too, the major complication in the story occurred when a racist gang attacked the Seaquest’s Executive Officer - who was African-American - when he landed on a beach in Florida. The network enthusiastically supported the episode, but I had to document to the broadcast standards office the specific fact that Florida beaches were still segregated in 1962.

Well, at least we saved the world from a nuclear Armageddon. Other hazards have proven more enduring.

In this 1998 episode, rather like 2009’s Avatar, heavily armed mercenaries from Earth pursued a campaign of genocide against a primitive race on a resource-rich planet.

I won’t give away the punch-line, but people often ask where I get my ideas - this one came from a newspaper account of what happened when a band of Eastern European mercenaries triumphantly pillaging their way through the Congo suddenly encountered an elite South African SAS unit.

This was the craziest, most imaginative series I ever worked on. There wasn’t as much immediate social-science fiction relevance as some of the other shows I’ve done, but nowhere else on television ever gave me the assignment as a visiting consultant to first kill the series’ male lead one season and two seasons later to kill the female lead.

It wasn’t, however, quite as ruthless as Game of Thrones - cloning technology was highly developed in our corner of the galaxy.