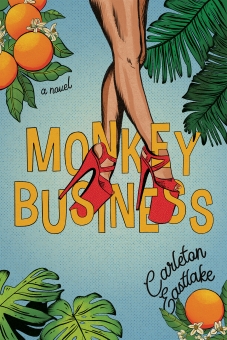 MONKEY BUSINESS is writer-producer Carleton Eastlake’s debut novel about a conflicted TV writer on location in Florida who becomes obsessed with a mysterious woman at a nightclub when she upends everything he thought he understood about life, limerence, bonded love, power, creativity, paintball combat, and what psychologists and philosophers refer to as the Hard Problem of human consciousness. Monkeys – and parrots – do play a role. As does Chairman Mao. And, in a cameo appearance, NASA.

In October 2022, it was named a Who? New debut novel by the Brooklyn Book Festival.

Please go to the top of the Books tab to order from all the usual sites in the United States, UK, Canada, and Australia

CARLETON EASTLAKE began his career in creative writing while an undergraduate at UCLA when he served as a staff writer for a California Assemblyman’s campaign.

After a career in public policy and consumer protection law including work at NASA, the Federal Trade Commission, and in private practice, he broke into Hollywood as a writer of science fiction, crime, and espionage dramas. Being hired as a producer on Steven Spielberg’s series seaQuest DSV confirmed him as a science fiction writer-producer.

In 2022 he was named a Who? New! Debut Author by the Brooklyn Book Festival for his novel Monkey Business.

He has also shared in Edgar and Saturn awards for his work in television and is a past President of PEN Center USA and a former board member of the Writers Guild of America West. He now sits on the WGAW Membership & Finance and Television Credits Committees and is a member of PEN International’s Writers Circle.

His wife Loraine Despres is a best-selling novelist, television writer, and tree-farmer. They live in California. 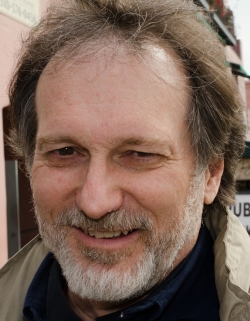